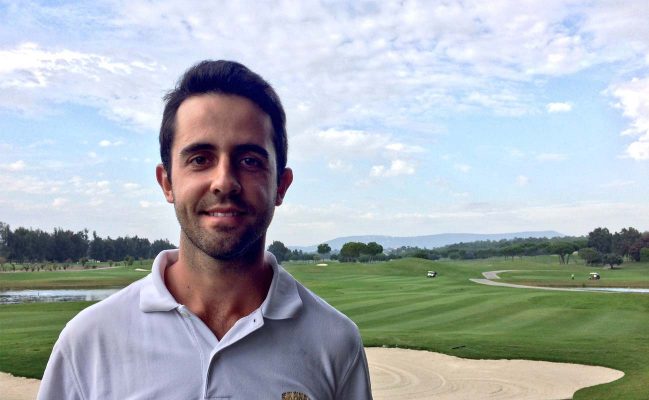 Two Portuguese professionals dominated the scoresheets on the first day of the 2016 Invitational Pro-Am at Quinta do Lago in The Algarve.

Yet the course knowledge revealed by Tiago Rodrigues and Joao Carlota of the stunning par-72 Laranjal layout, with its water hazards and many tree-lined fairways, was vastly different.

Tiago, a 25-year-old from Porto in the far North West of Portugal had only played there once before at the invitation of friend who lives near to it.

Yet he still managed to shoot a ten under par 62 to open up a three shot lead in the chase for the €8,200 professional’s prize with a total of 11 threes on his card and his only five being recorded at the ninth, his last hole of the day.

By contrast Joao lives just 20 minutes drive from the course in the town of Vilamoura and while he plays most of his golf there admitted that on average he would play Laranjal three or four times a month.

And with that familiarity he was able to shoot a 66 which was the lowest score produced by the early starters in the 50-strong professional field.

Looking back over the lowest score of his career Tiago said: “Last week I played in a Pro-Am at Valderrama in Spain and with the speed and slopes of the greens there it really sharpened up my short game and I gave my self lots of birdie opportunities and made ten of them.”

But 26-year-old Carlota, who late in the day was relegated to fourth on the leaderboard by the 65s produced by Sweden’s Peter Gustafsson and Italy’s Giorgio Di Filippi, did admit he was somewhat surprised by his seven under par total.

He said: “I did not come here with a lot of confidence or expectations too high because I have recently started working hard in the gym to make myself stronger and hit the ball longer but the changes to my body have been affecting my swing rhythm.”

The Pro-Am competition was set alight by the 13 under par betterball 59 produced by the English pairing Alan Lovelace and his 14-handicap partner Paul Faithfull.

Although Lovelace could only shoot a 73, Faithfull, from Weybridge in Surrey, did acknowledge that their scorecard was considerably helped by two nett eagles that he produced at the par three third and seventh holes.

However, the most interesting card Pro-Am card was handed in by Italian Giorgio Di Filippo because his partner in compiling an 11 under par 61 was Eduardo Mangifesta a nine-year-old 24-handicapper who under the tournament rules had to play from the men’s tees rather than those laid out for juniors.

“Eduardo was great out there,” said Giorgio. “He never showed any nerves and he did make two pars at par threes after driving the greens. From what I saw he could have a very good future in the game.”

For Full Round 01 Scores Visit http://eur.pe/2016Invitational

More information on The Invitational Pro-Am 2016 is available at www.TheInvitational.eu. 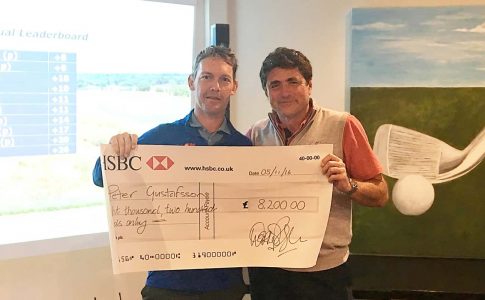 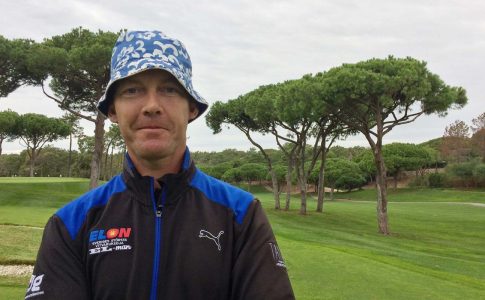