The Insider 2 Travel Special by CPG

Fund Launched to Support PGA of Ukraine & Their Families

PGA of Spain Matchplay Open to International Entries: 30 May – 05 June 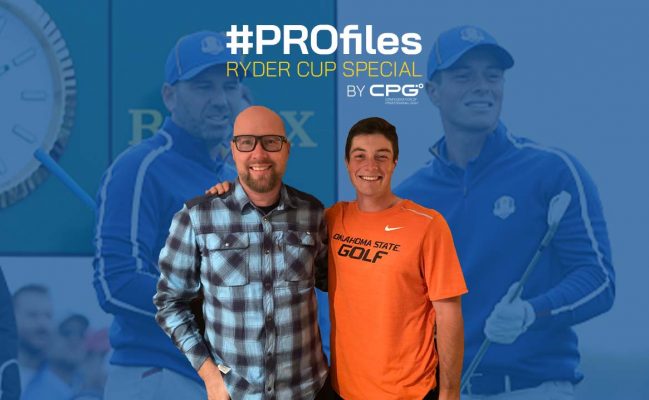 Over the next three-days, the 43rd Ryder Cup at Whistling Straits will provide fans with intense trans-Atlantic rivalries, national and continental pride and immense passion from each of the side’s 12 competing players. Behind every great Ryder Cup player is a support network that is instrumental to their success including many coaches and PGA Professionals.

Viktor Hovland is already a familiar name in golf and unusually for a Norwegian golfer so young, he is a name that is renowned on both sides of the Atlantic Ocean too. On Friday, he will stand on the first tee shoulder-to-shoulder with his playing partner and veteran Ryder Cup player, Paul Casey, to take on the American duo of Dustin Johnson and Collin Morikawa.

On paper, the matchup is perhaps one of the most enticing of the morning foursomes and one you cannot predict. However, having immersed himself within the U.S. College Golf system whilst at Oklahoma State University, the former U.S. Amateur Champion has amassed a run of impressive results and victories throughout his early career and as a Ryder Cup rookie, he will be no pushover.

PGA of Sweden and PGA of Norway Professional, Magnus Ohlsson is a close friend and former coach to Viktor, having worked with him throughout his junior days right up to the point he packed his bags to pursue his dream of becoming a PGA Tour player. He echoes such sentiments.

“Viktor is always very relaxed when it comes to who he will be up against. He has a sort of ‘happy-go-lucky’ kind of attitude during competition. For the Ryder Cup I think this is key for Viktor. That crowd will be hostile, but he will not care about that or who he is up against. He plays against Dustin Johnson and Collin Morikawa on a weekly basis. For him, his respect comes from the person rather than the golfer and all he wants to do when he plays is to win.”

For Ohlsson, who spent a large amount of time working in Sweden as a PGA Professional before moving to Norway to support the Norwegian Golf Federation, his journey as Viktor’s coach began in 2009 near Oslo and the player-coach relationship flourished almost instantly. “I coached him for many years. He was a great student who did not just listen to everything I told him but in fact challenged my solutions and then when a consensus was met, he worked and practiced very hard. He is very interested in that process of learning and for me as a coach, that is a perfect scenario. Viktor very much helped me to become a better coach as I did to help him become a better player. I was straight-talking and honest in my approach with him and this is something I think he respected most about me. From both sides, it clicked really well.”

Looking to role models in the form of Severiano Ballesteros and Greg Norman, Ohlsson began his own golfing journey at the age of 14 and was instantly hooked on the playing side but also on the teaching side, where he would support various golf classes at his golf club as a teenager. Thereafter, he would go on to complete his education with the PGA of Sweden and became a PGA Professional. Throughout the CPG’s interview with Magnus from his home on the outskirts of Oslo, it was clear to see his hunger to improve. He recognises that to develop as a coach and as a person, he must remain ahead of the curve: “It is a never-ending story for me. I prioritise my education as I feel you must continue to update yourself and sharpen each tool in your box. The day you think you know everything is the day you get left behind.

“For example, I have always been interested in technique but with the introduction of golf simulators such as Trackman, it has revolutionised the way I approach coaching the game. You then factor in the fact that Viktor was a very keen student who wanted to challenge his own learning whilst with me, it meant being able to present the numbers to him was a vital justification for the work that we did. The continuous training I had through the PGA of Sweden and PGA of Norway has been crucial to my own development and in turn, Viktor’s.”

Viktor and Magnus remain very close friends to this day and are in constant contact about his game and of course about his first appearance for Team Europe in the Ryder Cup too.

“Every time he comes home to Norway, he visits me – he is very grounded and humble. He even sends me snapchats whilst he is out practicing and playing! He has already said to me that he would like to be partnered with Rory (McIlroy) at some point during the week but his pairing with Paul Casey today is still a very strong one I think.”

When he does make his first appearance today at 07:21 local time, Viktor will be waving both the Norwegian and European flag proudly (as the first Norwegian to do so) and his home country have stood up and taken notice. In the last year alone, golf has flourished significantly in Norway, with membership numbers and golfer numbers rising.

Ohlsson partly attributes this to Hovland’s current success, which has played a part in taking golf “onto the TV, onto the radio and into the main tabloid newspapers,” adding that “the sport is now at the front of people’s minds. It is fantastic to have a Norwegian playing in the Ryder Cup and the impact is huge for Norwegian golf.”

Ryder Cup predictions are always a dangerous game to play, particularly when it comes to rookie appearances but Ohlsson’s views were very clear when asked: “That is not even a debate! There is only one team that will come out on top and if Viktor is able to play his part during the closing stages, that would be fantastic.

Magnus Ohlsson can sit proudly over this weekend when he watches his friend take on the best that the US has to offer, assured by the fact that the player and person he has coached and helped to mentor will take them on without fear or doubt, coupled with determination, grit and national Norwegian pride. 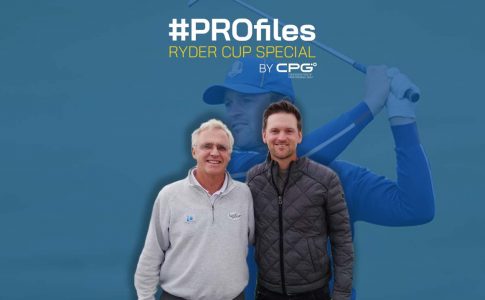 PROfiles: Eduardo Celles – The Man Behind the Rise of Rahm